Some other prominent achievements, out of many, of Dr. Suhail Aftab are. 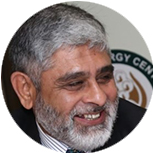 Engr. Salis Usman is a passionate professional Electrical Engineer, strongly believes in learning, pro-active contribution and knowledge sharing. Currently engaged as Technical Training Lead by World Bank and delegated to work with National Transmission and Despatch Company (NTDC), he has worked in different departments of WAPDA and NTDC including Project Monitoring, Purchasing and Inventory Control, Design, CPPA and Power System Planning (1985-2020). Retired from NTDC as General Manager, Power System Planning, NTDC in March 2020, Engr. Salis has to his credit leading the NTDC team responsible for preparation and submission to NEPRA, Indicative Generation Capacity Expansion Plan (IGCEP) 2018-40 in February 2019 and subsequently IGCEP 2047 in April 2020. Eventually the same team, under the guidance of Engr. Salis finalized the IGCEP 2021-30, submitted it to NEPRA, successfully defended and secured approval of the country’s first ever long-term generation plan in September 2021. During his professional life, Engr. Salis has also contributed for USAID Power Distribution Program (1989-93) as Advisor Business Systems; Saudi Electricity Company (2006-11) as Senior Regulatory Analyst; and SAARC Energy Centre (2013-18) as Program Leader, Energy Trade. He is proud to conceive, develop and implement the following projects/tasks:

IEEEP conferred him with the Award of Excellence in Electrical Engineering in 2016. He had already secured Employee of the Year Award at Saudi Electricity Company in 2010. 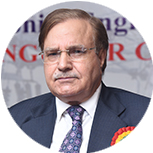 Mr M. Irfan Gohar graduated from UET-Lahore in 1970. After having remained on the Faculty of Electrical Engineering of UET for 2.5 years, he joined a Public Sector organization and rose to Senior Administrative positions of the Department. He took initiatives of carrying out Design changes, and revision of governing specifications of the Electrical assets of the department and played key role in modernization and upgradation of these assets.

After having distinguished career spanned over 35 years as an Electrical Engineer, Mr. Gohar retired from the organization 13 years back.

In his career early on in 1970, he was trained in three renowned British industries for about two years as a CBI scholar. He also remained posted for 4 years as Technical Attache / First Secretary in the Embassy of Pakistan in Germany from 1984 to 1988. During this period, he traveled through Europe extensively performing his duties of Pre-shipment inspections related to Electrical Plants, machinery & equipment, in a variety of Industries in all European Countries. This exposure was of great professional advantage & insight to him.

He also got opportunity to undergo trainings in the field of Engineering Planning & Management in countries such as Japan, Sweden, China & Belgium.

Since his retirement in 2008, he kept himself usefully engaged in making his contribution as a Consulting Engineer with two national Engineering firms, one in public sector and the other in Private Sector.

Apart from the Engineering activity, Mr. Gohar has remained an Enthusiastic Sportsman and Sports Organizer. He had the honor of acting as Manager of three National Teams of different games to represent Pakistan in the Asian Games held in Jordan (Amman), Colombo (Sri Lanka) and Macau (China) on different occasions. 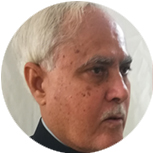 Was member of PEC delegation who visited UAE for signing of MOUs for facilitation of appointment of Pakistani Engineers, establish business including Consultancy in UAE by Pakistani Community and to open Campuses by Pakistani Universities.

Presented Paper in “Conference on Climate Change and Energy Cooperation in South Asia” titled “Electricity problems and possibilities of Energy Trade” at Paro, Bhutan on April 22, 2012 under the auspices of SAARC as well as presentations in IEEEP Seminars.

Received Foreign as well as Local Training. Has been trained in France, Germany, Switzerland and Sweden

Was recognized as best Honorary Secretary IEEEP Karachi and awarded Shield by the President. Received Certificate of Commendation for Best Performance in KESC from Chairman KESC and Chairman WAPDA. 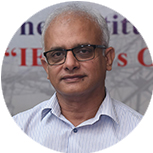 Mr. Salman Aizad graduated in 1996 and also had his post graduate diploma in Waste Management from UET Lahore. He served in cable industry for almost two years and then joined as a faculty member of electrical engineering department of Engineering College of Bahaddin Zakariya Universty Multan till year 2000. In 2001, he joined Siemens Pakistan Engineering Company and completed successfully number of challenging tasks assigned to him.

With almost 10 years of experience in power sector working in Siemens, he enjoyed the time dealing Asset Management and Renewable Energy technologies including mainly Wind & Solar Technologies introduction to Pakistan. He also joined hands with earlier engineers, being member of the Grid Code Committee of NTDC, who developed 1st Grid Code for Wind power projects in Pakistan.

Renewable Energy (RE) became his new passion of life. In 2010, he Joined Punjab Power Development Board (PPDB) Government of Punjab and for some time led PPDB team as Managing Director. In PPDB he enjoyed working in various fields of RE power sector and interacted with his fellow engineers at national and international level. Many Renewable Energy power projects, off-grid & on grid were initiated and completed successfully. He remained front handlers in development of 1st solar power project of Punjab and Pakistan. He also facilitated through PPDB the private sector under CPEC program for development of another 3x100 MW solar power plants at Quid-e-Azam Solar Park Bahawalpur.

Environment pollution is becoming threat for most populated cities like Lahore. Mitigating this threat Mr. Salman Aizad as Director Renewable Energy initiated Pakistan’s 1st 40 MW waste to energy power project near Lahore. After approval of Federal Government under ARE Policy 2019, also planning to launch other waste to energy power projects in different big cities like Multan, Faisalabad, Gujranwala,Sialkot and Rawalpindi. 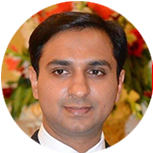 I, Engr. Hafiz Muhammad Bilal Bashir, Hony. Joint Secretary IEEEP 2020-22, come forward with a mission to promote the education and profession of engineering by disseminating technical knowledge for the benefit of the engineering community. With a solid background in Power & Energy projects and extensive experience as a techno-commercial expert in multi national corporations working in the public and private engineering sectors of Pakistan, I am currently serving as an electrical engineer in an engineering consultancy firm for the power & energy sector projects in Pakistan. As an active member of several Engineering Institutions, I am continuously engaged in the career professional development of our young engineers and am highly motivated to transform their lives.

I served as a

My entire efforts are focused on bringing together engineering professionals on a platform that aims to elevate engineer’s honor.